Did you know that Cádiz was founded in 1100 bC? As our farewell to the past year we have chosen to retell the origins of a city with over 3000 years of history and chosen as one of the “52 places to go in 2019” by the New York Times. Phoenicians, Carthaginians, Romans, Moors… have been some of the cultures who called the shores of Cádiz “home”, all of them having shaped the incredible history of the Andalusian city, the oldest of all Western Europe.

The founders and a sinister story...


Whilst it is difficult to determine which Western European city is oldest there is no doubt that Cádiz counts with the earliest written sources to make its case. According to tradition Cádiz was founded eighty years after the Troyan war, sometime during the XIIIth century bC, but the real founding date is probably closer to the XIth century bC when the Phoenicians, in their quest to discover new horizons and conquer new places to foster trade conducted them up till Iberian shores. Enticed by the strategical significance of the place and its natural dock, the Phoenicians founded on that very spot Gadir (meaning “enclosure, walled space”), a commercial factory and a temple to honor the Phoenician God Melqart.

Thanks to such a prime strategical importance Cádiz has been the focus of many quarrels between cultures since ancient times. As a result of those quarrels Cádiz has amassed a richness of archaeological remains, out of which we shall highlight two sarcophagi from the Vth and VIth centuries bC which belonged to none other than the founding civilization, the Phoenicians.

A most curious story is told about these two archaeological treasures...

Apparently, Pelayo Quintero, the archaeologist who in 1887 was the first to discover the sarcophagi, realized soon that they belonged to male figures and became obsessed with discovering a female counterpart whose existence he took for granted to such a degree that he gave it a name beforehand: The Lady of Cádiz. Mr. Quintero devoted thus his life to finding that which had become his obsession, even declaring that he saw the apparition of the “Lady of Cádiz” in his dreams. Looking for her he dug in several places and below his very own home, but to no avail. He died in 1946 and three decades after a group of construction workers digging in a building found a marble corner amid the rubble. A team of archaeologists was called to properly dig out the rest of the site and it was quickly found that the discovery surpassed the initial expectations: it was a polychromate sarcophagus in the shape of a woman, dating back to the Phoenicians, exactly as the one sought so long by Pelayo. This discovery is relevant in itself, but the place where it was found made it all the more amazing: the place where the “Lady of Cádiz” was buried was also the place on top of which Pelayo’s house once was.

Since then the talk goes in Cádiz about his famous archaeologist who dreamed about that which was a few meters below his bed...

The age of flourishing.


After the Phoenicians many cultures populated the old Gadir. There were Carthaginians and then Romans, which gave the city known to them as Gades an unparalleled flourishing.

The Romans gave Gades the statute of “civitas foederata” (federated Roman city) and built for it a sewage system, amphitheaters, aqueducts… making of Cádiz one of the most important cities of the Empire. In Imperial times it was known as “ Augusta Urbs Julia Gaditana” and its inhabitants were granted Roman citizenship. Back then Cádiz was populated by over five hundred equites (members of the property-owning class), a number rival to that of Padua and even Rome at the time.

All this made the fall of the Western Empire harder for Gades, which entered its darkest epoch thereafter. The disappearance of trade nets, that had been essential for growth in Cádiz, was a blight the city could not heal. Cádiz, known previously as an open flourishing city, became a little fortified town like many others during the Middle Ages.

The Byzantines conquered it in 522 and the Visigoths took it from them in 620. In 711 it was again conquered by the troops of Tariq Ibn Ziyad, further adding to the melting pot of this comparatively small region.


Cádiz was part of Al-Andalus (Moorish Spain) until Alfonso X of Castile took it back into the Christian kingdoms. The Catholic Monarchs and the many discoveries of Spain during the XVth and XVIth centuries marked the history of modern Cádiz making it grow big anew. Its old natural dock made it absorb the excess maritime traffic of Seville and filled Cádiz’s coffers with riches during colonial times. The new wealth allowed for a new bourgeois class, infused with a liberal and revolutionary spirit, to appear. This “new spirit” made of the increasingly relevant Cádiz a focus of events culminating in the XVIIIth century.

How had Cádiz fared since then?

Like in many other places, times of wax and times of wane succeeded each other. Cádiz since then has been background to awestriking naval battles and also cradle to the first Spanish constitution in the midst of an absolutist epoch.

A land brimming with history and cultures awaiting discovery. 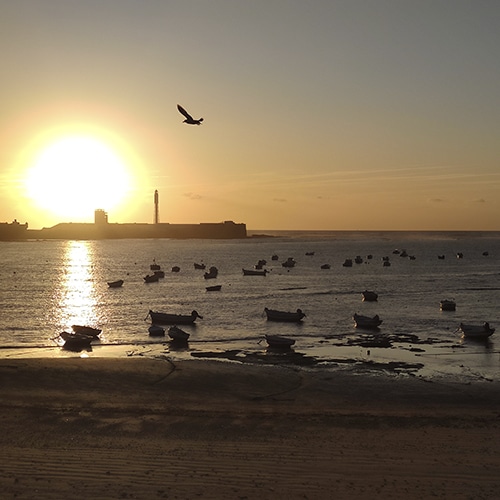 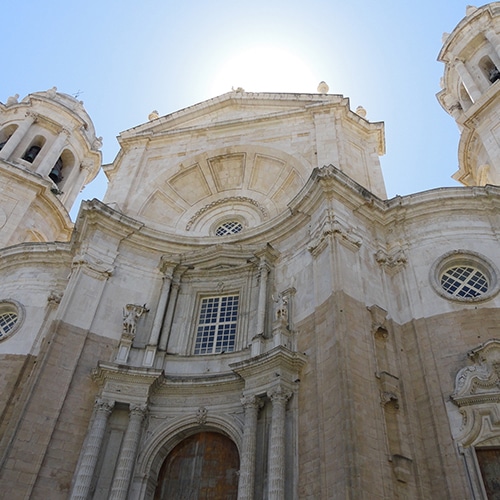 Which other cities rank among the oldest in Spain?


Huelva, founded in the Xth century bC by Phoenicians, and Tartessos as a commercial enclave.

Jaén, founded as well in the Xth century, was kickstarted by Iberians but then fell onto Carthaginian, and later even Roman, hands

Seville, Andalusia’s capital, can be traced back to the VIIIth century bC, when it was founded by the Tartessians as well.

The only non-Andalusian city among this top 10 of oldest Spanish cities is Ibiza, founded as Ibossim in 654 bC by Carthaginians. This goes to show the geostrategic prominence of Andalusia in the Southwest of Europe, able to point both at Africa and the Atlantic ocean without quitting the Mediterranean. Its mineral riches, agricultural potential and sheer surface also must have counted among the factors which made Andalusia irresistible for ancient civilizations since the Stone Age. 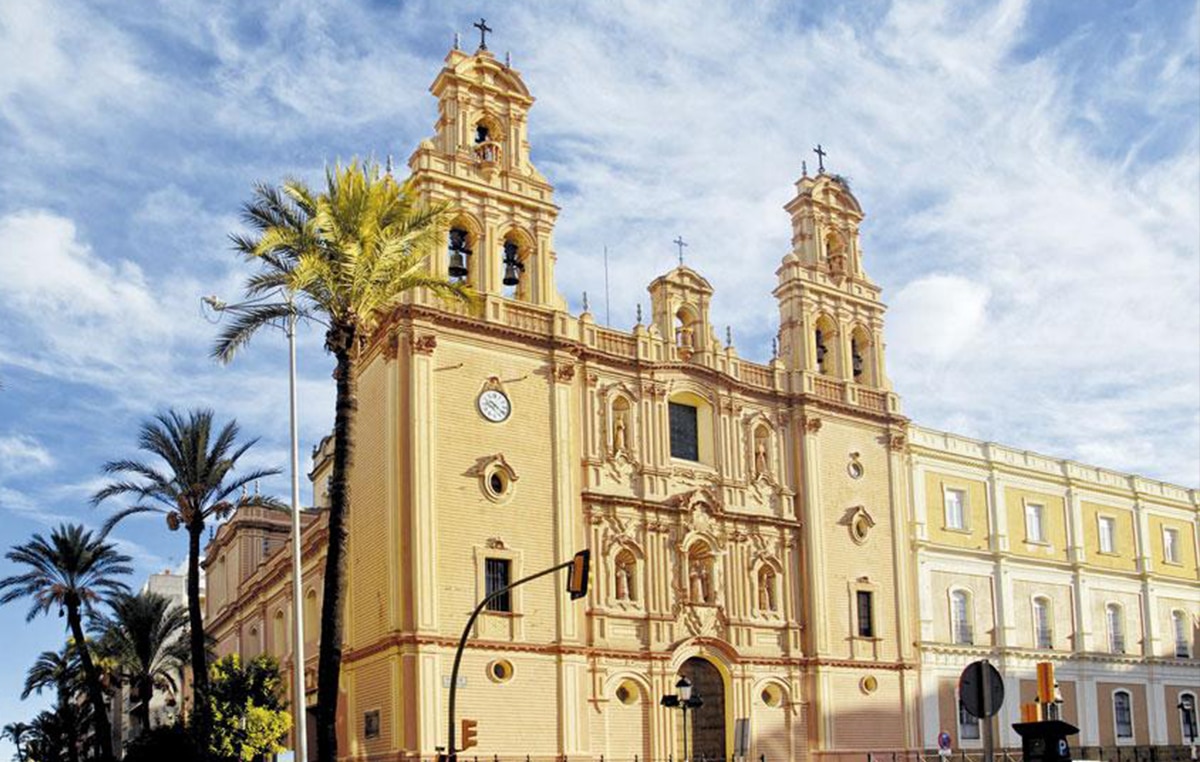 The Cathedral of Jaén (Andalusia) 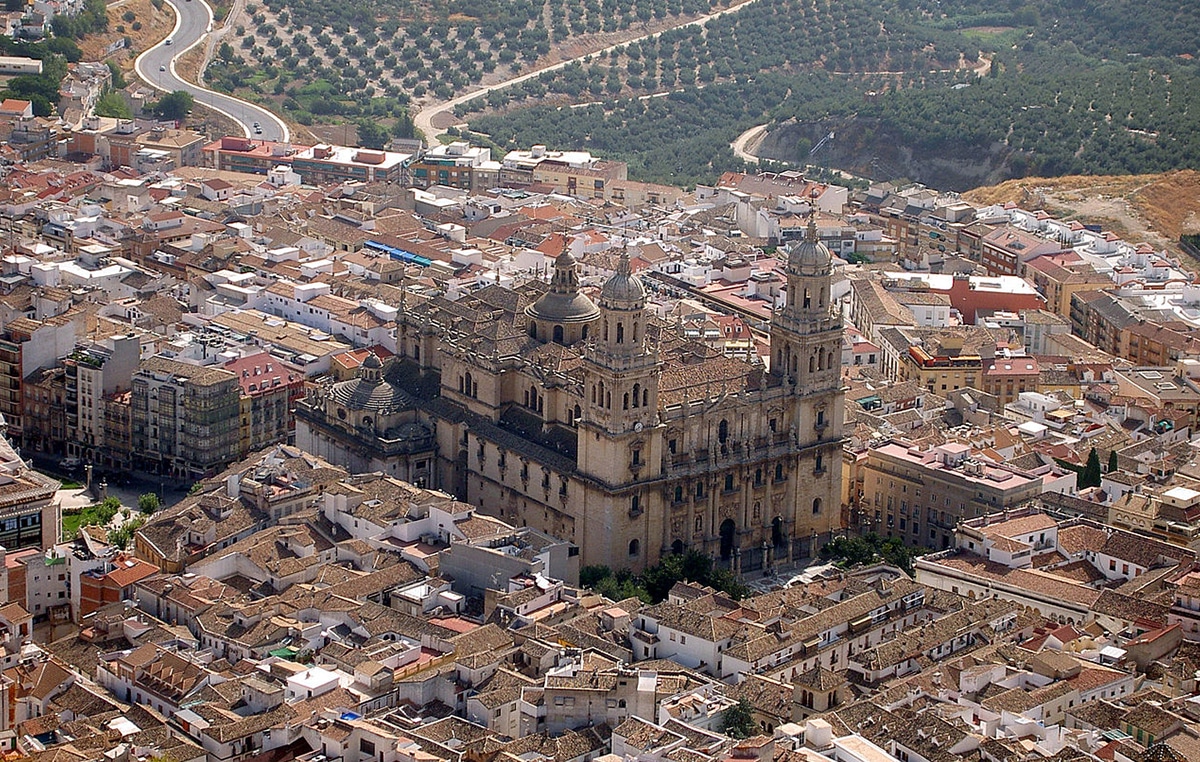 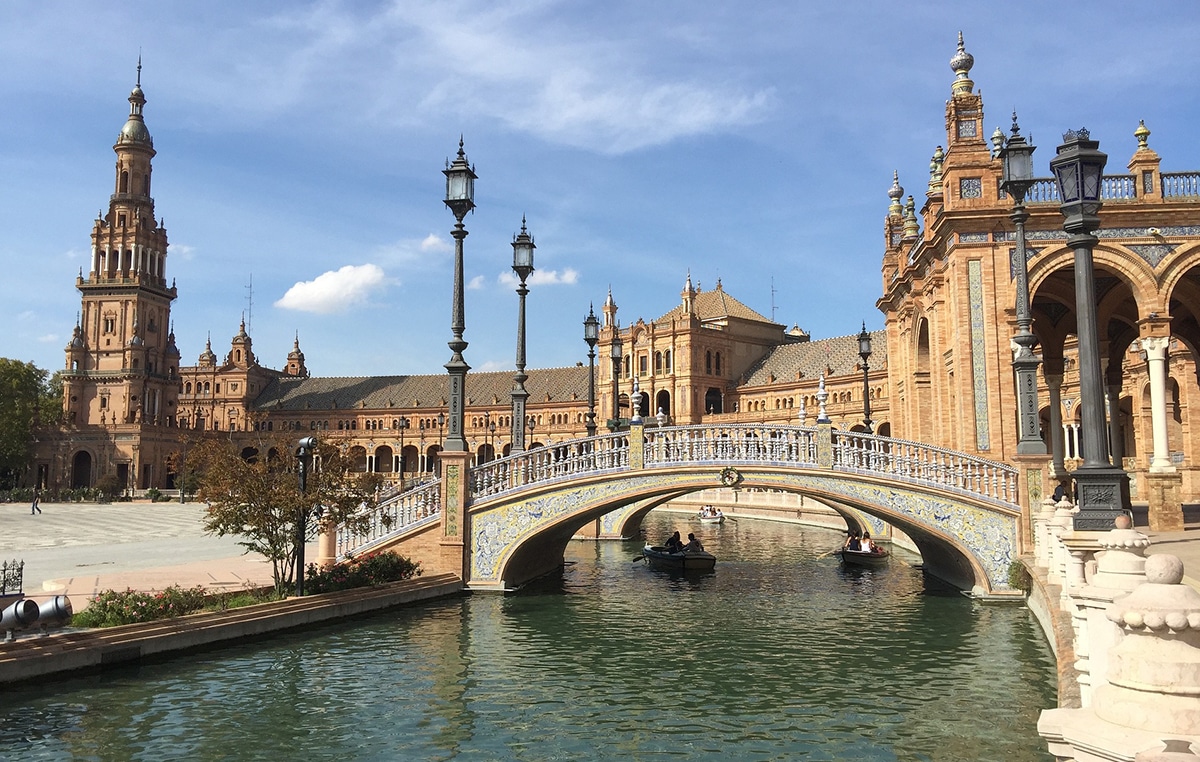 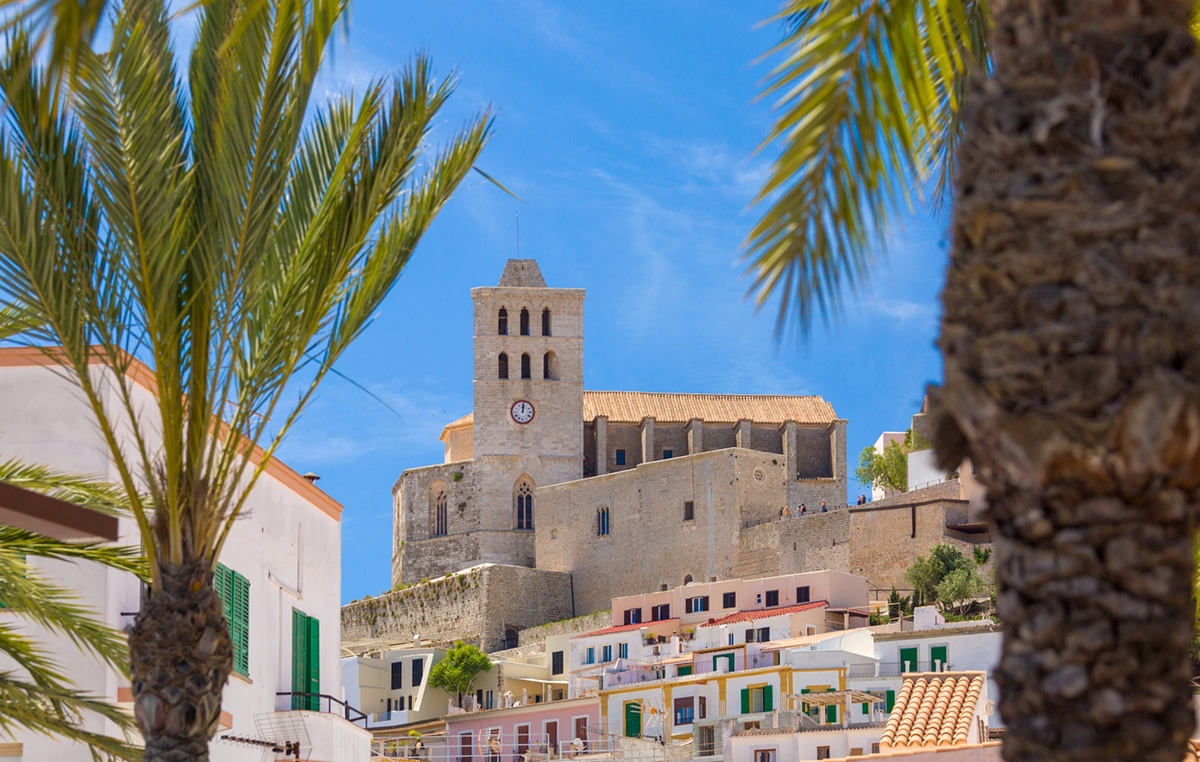 With such a bountiful history you may imagine the many things Cádiz and its surroundings have to tell you. Are you up for reliving history from the ground up? 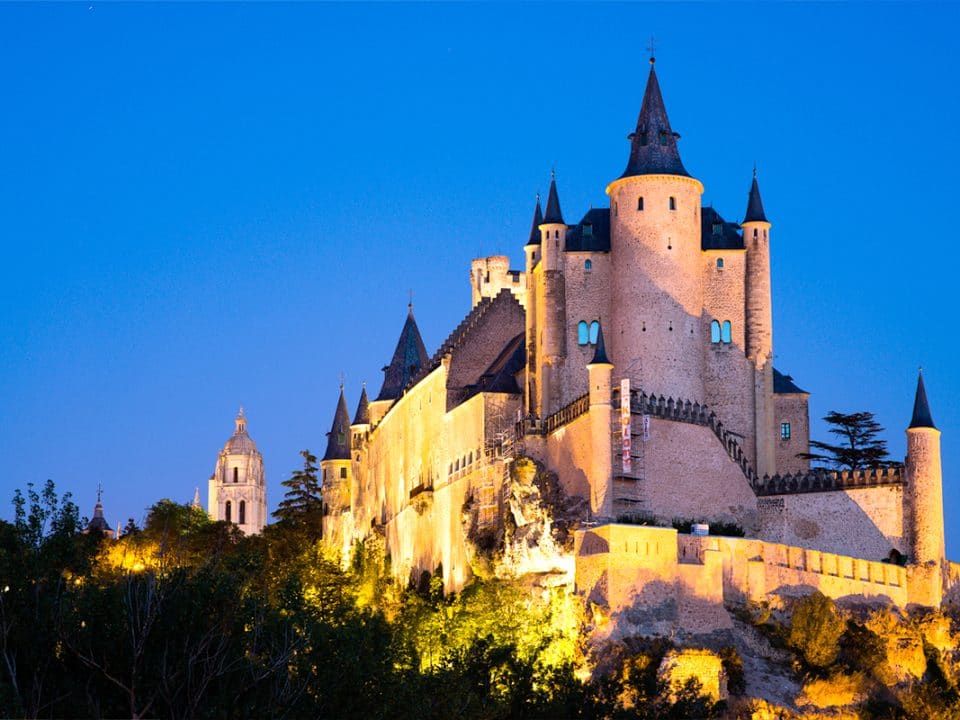 7 of our favorite Spanish castles 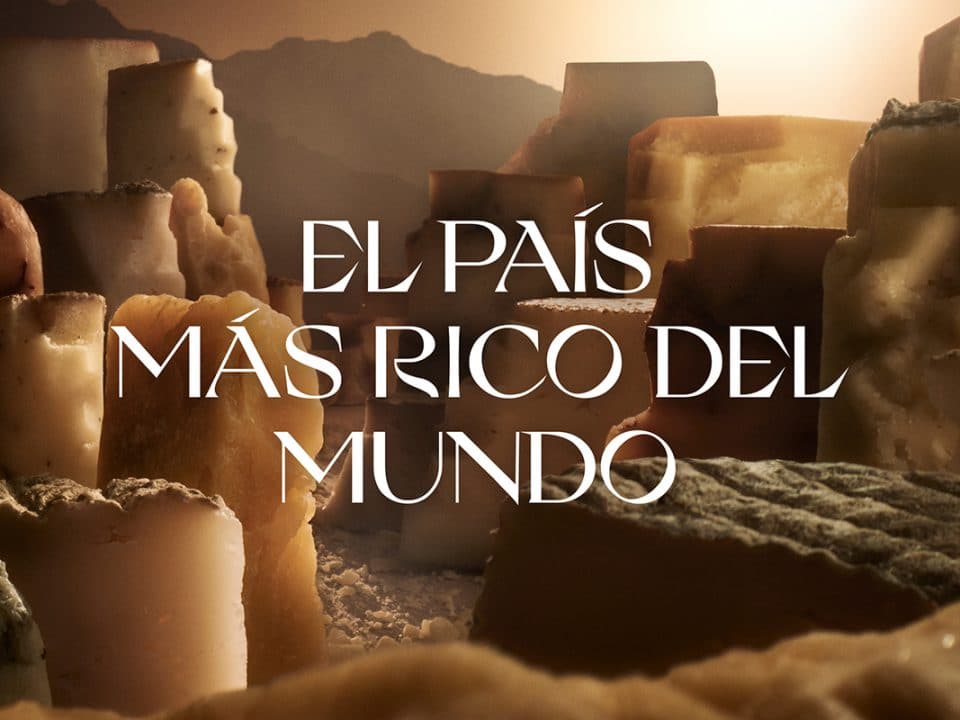 The richest country in the world 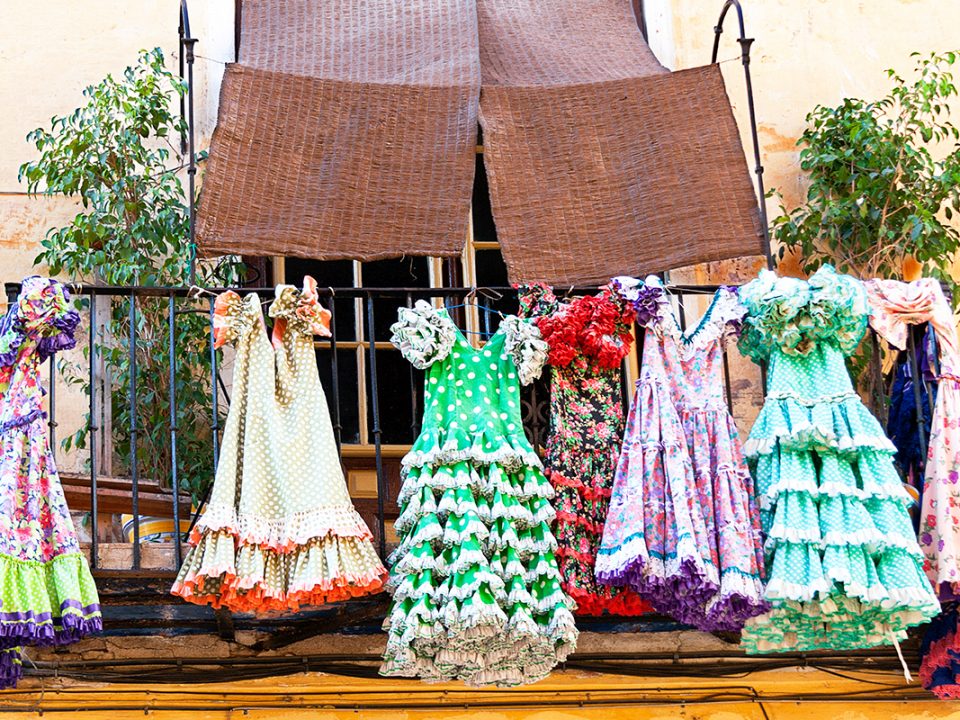 Flamenco and Spain: it’s an anniversary!